This time of year I find it hard to convince my brain that just because it’s dark when I arrive home doesn’t mean I need to sleep straight away.  Sleep is a wonderful thing though, especially in Winter.  I have a special fondness for that that glorious feeling when you wake in the middle of the night and realise it’s fine, you can roll over to cocoon yourself still further from the nip in your bedroom air and sink back into finding the exact strand of hair to open the sixth lock of the shuttle to Neptune, where Neptune is suddenly a back room in a complex on the ocean floor instead of a planet.. but I digress.

I don’t want to lose too much momentum here, so this post is more about blathering to stave off inertia than anything deliberate or fitting to a plan.  I mentioned to friends recently that I see the year in five rather than four seasons; Spring, Summer, Autumn, Murk and Winter.  Murk is a horrible time, dank and dreary, the time clogged between the glorious colours of Autumn and the highly defined, bright days of cold and ice.  I’m reasonably content that Murk has now passed, and we’re in the relatively short stretch of Winter before Spring.  So far we’ve had very little ice, but the days have been bright and the famous Irish “grand stretch in the evening” is doing its usual trick of surprising me.   Google Photos is a great service I have been using for a long time and it supplied me with a reminder of 9 years ago on the 9th of January: 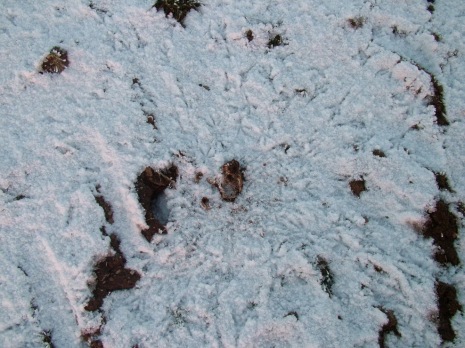 But the last two weekends have been excellent, even allowing for the distinct lack of frost and ice.  Last Saturday week my eldest and I set out on an expedition to find Ardan Wood, near Tyrellspass.  Weiting past blog posts had prompted me to try to find some forest volunteering opportunities.  I have been holding on to this aspiration that I might eventually be in a position to buy some land and forest it, but so far I haven’t come even remotely close to being in a position to do so.  For now I need to figure out easier, less financially involved ways to help out.  In the course of some research I came across the Native Woodland Trust website.  They describe themselves as

I was very pleased to see mention of Ardan Wood.

…the first site the Trust acquired which is an existing mature broadleaf woodland, and is potentially also an Ancient Woodland site, with tentative clues that it was present during the time of the Down survey (completed in 1658), potentially making it over 350 years old.  The wood is a seven acre horseshoe shaped site west of Tyrrellspass in Westmeath

and resolved to go take a look.

We had a lovely afternoon checking it out.  As it happens it’s very close to another wood I go to quite a lot on the Kilbeggan to Tyrellspass road, though that one is a lot younger.   Ardan is a small wood and when we got there first Elder son declared “When in doubt go left” so we ended up tracking along a very narrow bit of woodland hedging along by a road.  When we had explored it as far as we could go we headed back and then over to the right and were delighted with evidence of badgers, a pine marten box and all manner of lovely things.   There are some suitably moss engulfed steps and the ruins of a small house before you head into the wood, and I’m looking forward to seeing how the woods change with the passing seasons.   Right now the moss is luxurious, the ivy fantastically entangling and the wood floor and fungi fascinatingly detailed. 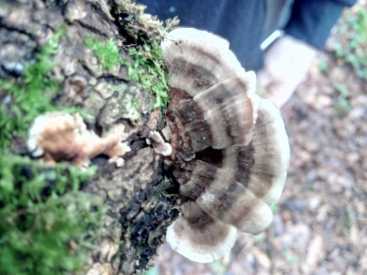 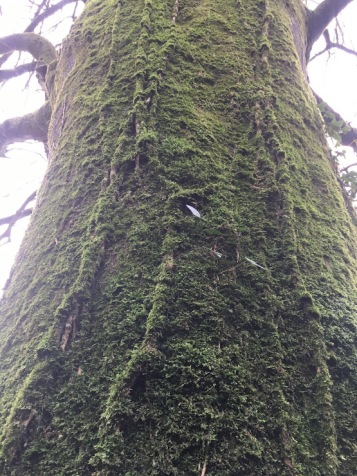 Scarlet Elfcups are obviously enjoying the season as I found some both weekends, in Ardan wood and by my friend’s house.  I believe they’re not worth eating, and they look so pretty just where they are.

I was introduced to a newsletter called More Trees Please the first issue of which discusses Forest bathing.  One of the things that struck me was the advice

Choose a forest where you feel safe and secure. This is common sense, but you aren’t going to be able to immerse yourself in the experience if you feel nervous. Take a friend with you but agree not to talk.

I do understand what they mean, especially when they come to their further advice to resist taking photographs and so on.  Some trips are for exploration and documentation and some for just experiencing at that precise moment in time.  However I have discovered that I prefer my trips with company to not be silent, usually.   Exploring any space – be it squelchy country laneways, abandoned old school buildings and churchyards, or forests that have become familiar – turns into a very different experience with excellent company.  Where I always enjoy such places alone, experiencing them with shared enthusiasm reveals all kinds of new and spellbinding things in the ordinary, and opens the senses to more.    Being spurred on by another’s curiosity and interest, and then still more by their additional interest in my interest or mine in theirs makes everything the more intriguing, fresh for observation, ripe for research and for experience. 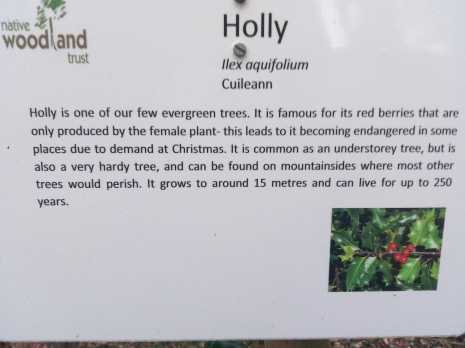 If you wish please feel free to share this:

This site uses Akismet to reduce spam. Learn how your comment data is processed.